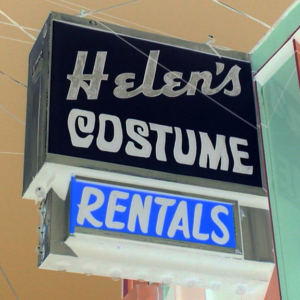 Open Sat- Sun 1-4 and by appointment

"Smart and natty boys are we;
Shoemakers we’ll no longer be;"

“Though I am as old as the oldest tree,
Cooking in an egg-shell never did I see;”

Elmeater Morton works in painting, drawing and soft sculpture. She is a Portland native and has recently exhibited at the Oregon Contemporary, (Portland OR),
The Museum of African Diaspora, (San Francisco, CA) and the Portland Art Museum, (Portland, OR). This is Morton’s third show at Helen’s Costume.

Lena Lutz currently lives in Portland, OR. She makes paintings and sculptures from things she finds on her morning walks. Her photos of underground legend Robert Omlit and friends provide the glue for this exhibition. This is her first show in Portland.